8 Things You Need To Know About Yin Yoga 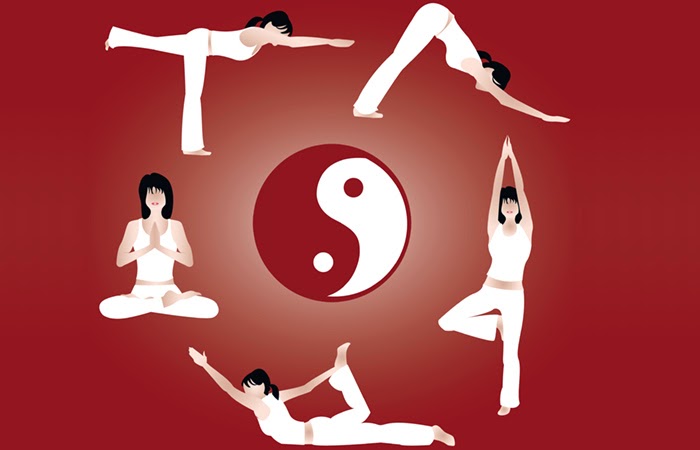 It has always surprised me how fulfilling yoga is, and how every aspect of our life is taken care of by one or other form of yoga. We always remain busy. When we are not physically exerting ourselves, we are doing it mentally. There is a continuous movement without any form of stability. We are living what can be called a Yang lifestyle and like there is a yin to every yang, our yang lifestyle needs its yin, its stability, its ground. Yoga fulfills this requirement in the form of Yin Yoga.

What Is Yin Yoga?

Wikipedia defines Yin Yoga as ‘a slow-paced yoga with postures or asanas that are held for comparatively long periods of time’. The Yin Yoga website calls it ‘the balancing practice for your yang style of yoga’. Many experts call yin yoga ‘the other half of yoga’. Yin yoga is a more intimate, deeper and more meditative approach to yoga. It stimulates and affects the deeper connective tissues and joints rather than the superficial muscles, which are targeted by regular yoga.

Eight Things You Need To Know About Yin Yoga:

Here are the 8 things you need to know about Yin Yoga and why you should incorporate it into your fitness regime.

Yin Yoga was founded by Paulie Zink, a martial arts champion and Taoist yoga teacher, during the late 1970s in North America. The form has been synthesized from the Indian Hatha Yoga and Chinese Taoist Yoga. Yin yoga uses modifications of the hatha yoga poses and the concepts of Yin And Yang of Taoism. The yoga in its present form has developed over the years with yogis like Paul Grilley and Sarah Powers who have made their significant contributions to the form.

The Taoist concepts of Yin and Yang, and The Dao are integral to the traditional Chinese philosophy. Yin and yang are basically like matter and anti-matter, the two halves of one whole, one visible and the other hidden, which are the basis of everything that is there in this world. The Dao is the middle point. When Yin and Yang are in harmony with each other, the being reaches the Dao, the perfect tranquillity, which is the ultimate goal. Yang is all that is active, light, high, and masculine. Yin is all that is passive, deeper, darker, denser, hidden, mysterious and feminine. Yin and Yang are relative terms.

According to the Taoists and Yin yoga, there are yin tissues and yang tissues in our body. Yang tissues are the outer, superficial ones- muscles, blood and flesh. While yin tissues are the deeper, hidden ones- ligaments, bones and joints. Yang yoga, or the regular active yoga that we do, targets and affects the yang tissues like muscles using repetitive rhythmic movements to stress the muscle fibers. But the yin tissues are more plastic and dryer. We need to apply gentle pressure over them for longer periods of time to make them stronger. Unlike the muscle, which is elastic and flexible, our yin tissues would break or get damaged if we use yang styles. Therefore, we need yin yoga to target yin tissues.

The masters of yin yoga state 3 tattvas of this form –playing with one’s edges and pushing them constantly; the ability to keep the body still; and holding poses for extended periods of time. Another basic idea of yin yoga is living on the floor, making a connection with the earth, even without that yoga mat.

The poses included in yin yoga are variations of the hatha yoga poses, but the difference is so prominent and significant that the poses have different names in yin yoga. In yin yoga, each pose should be held for minimum 5 minutes. Paul Grilley had included 18 yin poses along with 5 yang poses to fill in between the yin poses in his practice. The basic yin pose include hip openers, forward bends, back bends and twists. It is ideal to start the practice with a 5 minutes of meditation and end the session with 5 minutes of shavasana.

The main objective of yin yoga is to stimulate the qui. Both ancient Indian philosophy and Traditional Chinese Medicine believes in the energy system of the body. Qui in Chinese is the same as Prana in India – the energy that flows throughout our body to ensure its wellbeing through pathways, which the Indians call Nadis and the Chinese call meridians. Yin yoga harmonizes the qui flow in the body and treats many disorders.

Yin yoga leads to stronger and more flexible joints, ligaments and denser, stronger bones. It can treat many joint related diseases. It is especially important for woman in their late thirties or beyond to help with bone density. It improves posture and stabilizes the body.

You can begin to get a deeper understanding of yin yoga by reading these books:

So here is a new world for you to explore. Yin yoga completes the cycle of health and wellbeing that we begin with the yang yoga. Start slowly, and then gradually push your limits. To begin with, just grab a guide to Yin Yoga and take it to the floor to read!

Have you ever heard of yin yoga? Have you ever tried it? What was your experience? Share with us in the comments section below.