11 Serious Side Effects Of Soy 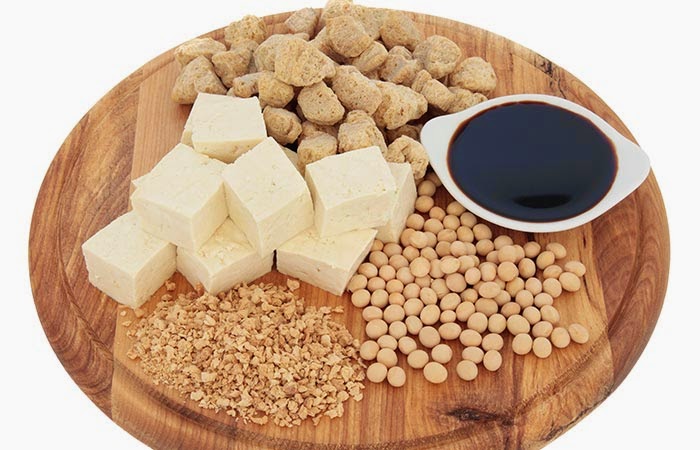 ‘Soy? Oh, that’s very healthy!’ Yes, that’s what most of us think when we hear of soy. For long, soy has been treated as a healthy alternative to meat and promoted as a health food. But behind all the hoopla lies a well hidden secret—soy can cause several side effects!

Soy is basically the processed form of soybean. It is available in 3 major forms – soy milk, soy protein, and soy fiber. No matter the form, the side effects remain the same. Some of the major side effects of soy are discussed in this article.

Top 11 Side Effects Of Soy:

The magical soy foods may not be so good after all! So, let’s unearth the secrets of soy side effects:

We all know that soy contains lots of proteins. But, you will be surprised to know that it also contains another compound, which restricts the digestion of protein by blocking the enzymes required for this purpose. As a result, we experience symptoms like bloating, upset stomach and sometimes constipation. Soy releases a mucus-like substance when it breaks down within our system. It forms a coating on the inner wall of the gastrointestinal tract, which generates lots of mucus and decelerates the process of digestion. All these eventually lead to acute stomach aches, irritable bowel syndrome, or diarrhea.

Soy is full of certain ‘biologically active compounds’, such as genistein, glycitein, daidzein, etc. These are collectively called ‘isoflavones’. These phytochemicals are categorized as ‘estrogen disruptors’. They interfere with the normal functions of our endocrine system. Isoflavones can either boost or reduce the activities of natural estrogens by activating the receptors or preventing them from binding. As a result, we face minor to major consequences of hormonal imbalance.

More than a few studies have shown that soy isoflavones can ‘proliferate’ or enhance the number of the ‘epithelial cells’ present in female breasts. In other words, the isoflavones present in soy disrupt the functionality of estrogen hormones, which eventually increases the risk of breast cancer by turning the epithelial cells cancerous gradually.

Many of us take concentrated soy isoflavone supplements to meet our daily requirements of proteins. But prolonged use of such tablets can result in endometrial cancer. According to scientists, these supplements can promote abnormal growth of tissues in our uterus, causing ‘precancerous changes’ in the endometrial or uterus tissue lining. In short, it increases the risk of developing endometrial cancer to a great extent. Pregnant women should always stay away from taking such supplements as these can harm their fetus too.

Soy and its derivatives are full of ‘oxalates’, a certain group of chemicals that lead to the formation of stones in our kidneys. It might be difficult for our digestive system to process some specific chemical compounds like oxalates present in soy foods. As a result, they accumulate within the kidneys. When the levels of these oxalates become dangerously high, they turn into stones and cause immense problems.

If you have already been diagnosed with an under active thyroid gland, the chances are big that you will end up developing hypothyroidism or other autoimmune thyroid disease by increasing your soy intake. As per published studies, the isoflavones present in soy milk are capable of depleting the levels of iodine and creating an acute iodine deficiency in our body. Without enough iodine, the thyroid gland can’t work properly and its secretion goes down. It leads us to hypothyroidism followed by an unhealthy weight gain, insomnia, several digestive issues and mood swings.

It is also proved that regular intake of soy can cause respiratory problems like asthma. Excessive consumption of soy can lead to increased levels of mucus in the body, which can ultimately cause problems like cold, cough and asthma.

The phytoestrogens present in soy milk can also result in various reproductive disorders. It interrupts our normal menstrual cycles and causes more than a few abnormal menstrual symptoms. It can also speed up menopause!

Soy contains high level of phytic acid or phytates, which prevents our body from absorbing the essential minerals like iron, zinc, calcium, magnesium, and so on. Due to the lack of these minerals, our internal system starts working abnormally and we experience Vitamin D deficiency, anemia, fatigue, palpitations, fast breathing, rapid heart rate, etc.

There is a toxin named hemaglutinin present in soy. It is known to clump RBCs or red blood corpuscles together and create small to big blood clots within the bloodstream. This is extremely dangerous as it limits the normal flow of blood and obstructs various functionalities of the body.

11. Other Side Effects Of Soy:

Some other harmful side effects of soy are given below:

Hope this article helps you take a well-informed decision regarding soy and its derivatives. None of these side effects negate the good that soy offers. But it is important to be aware of what we eat and how it can affect us. Following a trend blindly is not healthy!

Do you know any other side effect of soy? Let us know by leaving a comment below.